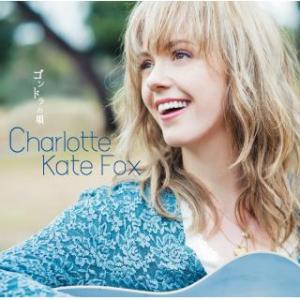 As I jolted down future events in my schedule book, I took a look at past events and realized that I forgot to cover one important event. This event was the promotion event for the newest NHK Asadora (translated as “morning drama”) heroine, Charlotte Kate Fox, and her debut single “Gondola no Uta”.
If you haven’t watched the NHK morning drama “Massan”, you probably haven’t heard of Charlotte Kate Fox. Let me give a quick rundown! Born in Santa Fe, New Mexico, the then-soon to be breakout star started as an actress when she was a teenager. She appeared in various small films and local theater productions until she landed the lead role, Ellie, in the Autumn 2014 drama Masan, a story about a young Scottish woman facing challenges and new adventures as she helps her Japanese husband establish a Whiskey company in 20th Century Japan. There is a wonderful interview on the website backstage about how she prepared for the role and got over her fears about it.
Charlotte Kate Fox quickly gained favorable reviews and popularity as “Masan” aired every morning. One of the fan favorite moments was when Ellie would sing the traditional Scottish folk song “Aung Lang Syne”. She was soon invited to perform at various music festivals and shows across Japan, even getting an invitation to appear on the prestigious end-of-the-year program “Kouhaku Utagassen”.
The actress made her major singing debut with the single “Gondola no Uta” in the spring of 2015. A soothing cover of a early 20th century Japanese folk song, “Gondola no Uta” is perfect for Fox. The actress-turned-singer has a beautiful range that is haunting, mystical, and marvelous. The best part is when Fox sings in the lower ranges as her tone is very warm and rich. Plus, the music video is pretty amazing with an interesting (and a teeny bit shocking) storyline.

To promote the single’s release, Charlotte Kate Fox embarked on a handshake tour all around Japan’s malls. She stopped at a mall near me in Aratamabashi, a name that is a mouthful! She only did handshakes and a quick chat this time, no mini-live before the handshakes which was a bummer because I would have enjoyed a mini-live by her. Oh well, she is going to have a concert tour this fall, maybe I will have a chance to see her if she comes to Nagoya.
After I finished my Saturday part-time job on that day, I rushed towards the mall first by bike and then by train. I was lucky as I barely made it to the three o’clock start time. i quickly bought a CD and then rushed to the handshake line. I probably had to wait about thirty minutes or so to shake her hands because there was a massive crowd. The crowd was full of people of different ages; college-students, kids, families, the elderly, and workers. Most were probably fans of Masan but supported her nevertheless.
As the line moved up, I pondered on what I should say to her. Should I speak in Japanese, a language that we both were accustomed to, or good old English? I chose the later because I wanted to stand out and be different then the other fans that were waiting in line. So, when I approached her, I said something like “I hope you enjoy New York City. Please enjoy New York pizza and cheesecake (because I miss it soooo much). Good luck!”, Her reaction was priceless! She was confused a bit when I said my message because everyone else was speaking in Japanese to her. Here comes this American girl speaking English, how confusing! Don’t worry, I feel that way sometimes too (when interchanging Japanese and English in a conversation)! After sporting the confused look, she quickly laughed it off and we joked about it as I had to say goodbye to her.
If you ever have a chance to meet Charlotte Kate Fox, you should most definitely pursue it because she is a complete doll and so sweet. And her music isn’t bad either, if you are into folk songs. If you don’t like folk songs, maybe you should her a chance and check out the video above. Or buy her new album, which comes out on August 18. 😀